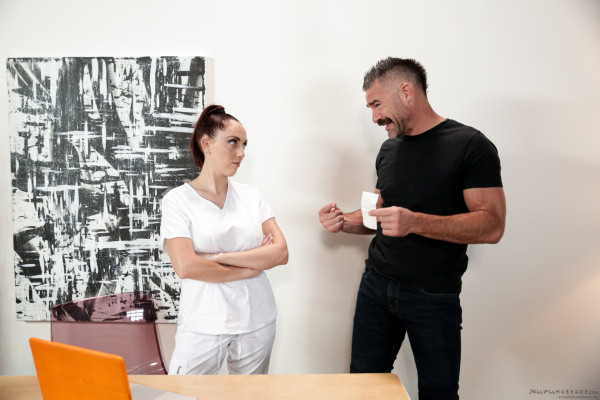 Описание:
Masseuse Nickey Huntsman is in the lobby behind the reception desk when Charles Dera enters. She greets him. Charles seems angry as he tells Nickey that he found out that his son received something called a NURU massage. Charles demands to know what a NURU massage is.

Charles is shocked, insisting that the masseuse must ve tempted him to accept a NURU massage. Nickey offers to give Charles a NURU massage, so he can see firsthand what it is. Charles begrudgingly accepts.

Charles may have come into the parlor in a bad mood, but he s DEFINITELY not going to leave that way!