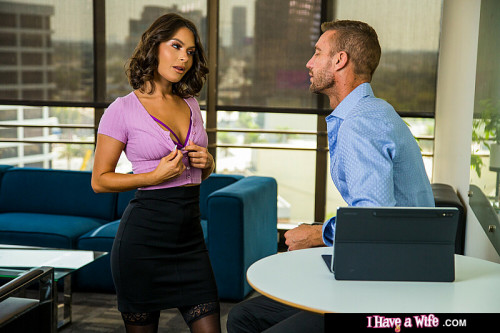 Описание:
Nicole Aria gave her two weeks at her current job for a new opportunity she found, but before she left she wanted to give her boss a thank you gift. Her boss not only works hard, but also helped her get her new job. Aria is very thankful and since she knows that her boss wife doesn t take care of him Aria decides to strip down in her boss office and let him have a go at her wet pussy. Although he was reluctant at first due to his marriage, he couldn t pass on fucking his ex-assistant.